The Podcast For Life

Take me to Season 1

How do successful people become successful and
what are their secrets?

Jeff Smith is a multiple award-winning Keynote Speaker, International Business Trainer, Best-Selling Author and he runs this podcast for The Jeff Smith Foundation to help others who are less fortunate that ourselves. On this show, Jeff talks with people from all walks of life to uncover success stories from all over the world. He talks with the people involved at the sharp end, he asks them how they overcame their toughest challenges and he digs deep to uncover their strategies and shares their inner-most secrets with you.

Season 3, Episode 1
REWIRE Yourself For Greater Success
And Feel The Difference 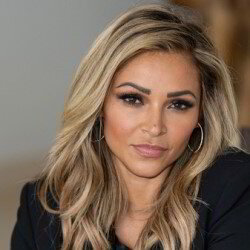 In this episode I’m talking with Zahra Karsan. She’s the lady who says Get Zenned

Certified in Mindset Coaching and Neuroscience, Zahra Karsan is an inspirational public speaker as well as a trusted personal Success Coach to dozens of global executives. She’s a best-selling author of “6 Weeks to Happy” and the creator of the R.E.W.I.R.E System™, a ground-breaking methodology that retrains your brain for greater happiness, health, wealth and success.

With over 20 years of experience as a top-tier Management Consultant and Corporate Coach, goal setting and producing results became second nature for Zahra. She now coaches corporations, business executives and industry leaders on how to achieve their career goals while also experiencing a more fulfilling life. Most recently, Zahra was awarded a Top 100 Healthcare Visionaries Award by the International Forum for Advancements in Healthcare. She holds degrees in Psychology, Applied Positive Psychology, Neuroscience, and is Certified as a Master Neurolinguistic Programming Practitioner and Life Coach, Master Hypnotherapist and Master Timeline Therapy Practitioner. She also continually advances her education in Quantum Metaphysics, and related fields, to bring you the latest research and most innovative tools so you can continue to achieve and thrive.

Zahra sits on the board of the World Happiness Foundation, whose mission is to create a world where we can be free, conscious, and happy. Zahra also works on her passion project with The Steve & Marjorie Harvey Foundation to empower young girls to move past limiting beliefs so they can live more powerfully.

Season 3, Episode 2
My Mother Was A Nun, And That’s Just The Beginning!
Jeff Smith Talks With Joe Templin
A critical interview for understanding success because it’s with
a man only part-way through his goal

“Jeff Smith is an awesome host, what a fantastic show with some incredible questions. He asked me questions I’ve never been asked before, we had an incredible conversation and I learned so much; I loved it”.
Joe Templin

Joe is a #1 best-selling author of “Every Day Excellence” which is a New Release in Professional Development and classified as a multivitamin for life. But he’s not just an author… he’s an ultramarathon runner, an international champion in TKD, he’s a special needs father and he describes himself as a human Swiss Army knife.

This is an amazing show talking about how to achieve goals when things happen against you, how to create a life on your own terms, and build a happy life filled with passion and purpose.

Season 3, Episode 3
Surviving Rape Did Not Define Me,
It Was Only The Beginning
“Resilience is not a mindset, resilience is a whole body mind and emotional experience.
Understanding resilience allows you to live each day, without fear, and with faith” 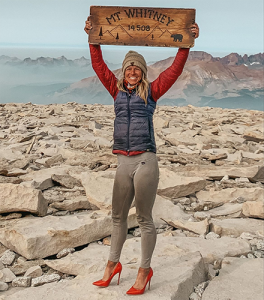 “I absolutely love this interview, it’s so inspiring and powerful.
I cried, Jeff cried, we laughed together and we got to the core values of truth, inspiration and hope”
Sara Schulting Kranz

In this episode Jeff Smith is talking with Sara Schulting Kranz who says, after multiple massive trauma, resilience is not a mindset

Sara Schulting Kranz, “The Nature Girl”, is a business owner, a mountain and ocean adventurer, an artist, and a former teacher. She has become a resilient person who’s survived and thrived from multiple traumas, now finding herself in a space where she is meant to be.

Nine years ago, she was at the lowest point of her life suffering from betrayal trauma and complex-PTSD. Emotionally, mentally, spiritually, and physically unravelling, she thought she could either lose her life, or find a one. She chose the latter.

She navigated through anger, pain, and grief by hiking 14,000 ft mountains and paddling 4-miles out to sea with to be with whales and dolphins. During this time, she healed her heart, mind, and body through nature while practicing the art of resilience and forgiveness.

The gift of her trauma was finding her most important relationship: the one within herself. Her trauma became her purpose so she can help others embrace their resiliency. Using those experiences and understanding her purpose, she became a keynote speaker, an author, a TEDx speaker, a retreat organizer & facilitator for transformational experiences.

This is an interview where you will not believe some of the things that have happened to Sara Schulting Kranz, the depths of despair that she fell into and rising to the heights of forgiveness, which has led to amazing success.

Season 3, Episode 4
From Taxi Driver To Working With Global Superstars 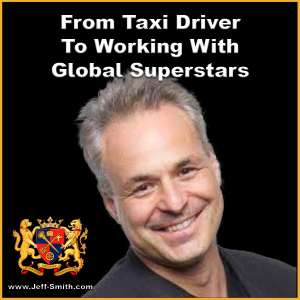 In this episode Jeff Smith is talking with Clint Arthur, celebrity entrepreneur

Clint Arthur is the provocative, truth-telling author of no less than 21 Best selling books, including “Celebrity Entrepreneurship,”  “Break Through Your Upper Limits on TV,” and his Pulitzer Prize nominated, “Wisdom Of The Men.”

In this interview, Jeff finds out how he went from driving a taxi for 6 years to multi-millionaire Celebrity Entrepreneur working with Mike Tyson, Ringo Star, Mick Jagger, Brooke Shields, Oprah Winfrey, to name but a few and in addition to that, he’s spoken with with 5 Presidents of the United States

This is a real rags to riches story talking about extremely high levels of success and what it takes to get there.

Please leave us a review, it really does make all the difference in the world